This morning, Mom and I headed off bright and early to climb Diamond Head. It was a pretty good walk – quite a few stairs at the end and I’m out of practice – it’s been almost 10 years since I was climbing St. Paul’s on a biweekly basis! But the views at the end were worth the effort – and now when I watch my favorite MST3K episode, I can say I’ve been there!

Then Louisa suggested that we go to see the Buddhist temple in the Valley of the Temples – and I’m glad she did because it was very pretty. It’s a replica of a 900-year-old temple in Uji in Japan (and has some of the biggest Koi fish I’ve ever seen!).

And then it was on to Kailua Beach for a bit of swimming and relaxing. Seeing as it’s March, even in Hawaii, it’s not as warm as it could be, especially when the sun goes behind a cloud, but the water was very nice (after we got past the initial shock!).

And the last photo is the view from our condo’s balcony. With a rainbow. Like you do.

p.s. – The markets here are called Foodland which I really like. Much more self-explanatory and descriptive than Schnuck’s or Jerry’s IGA. “What do you sell?” “Food.” “A lot of food?” “A land’s worth of food!”

p.p.s – I saw a Mini with a personalized license plate that read DONUTS. I need to find this person so I can marry them. 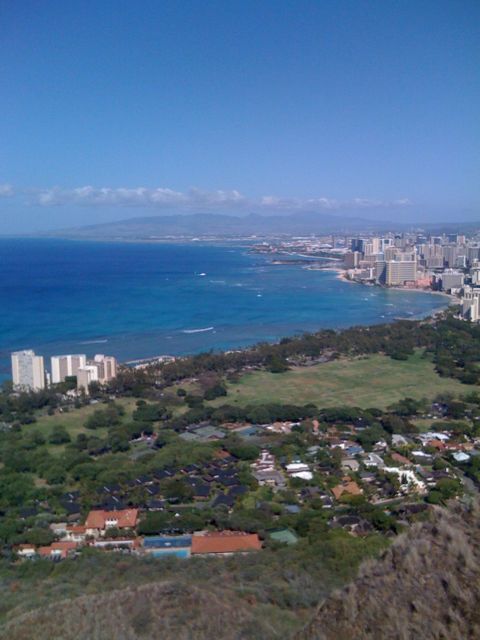 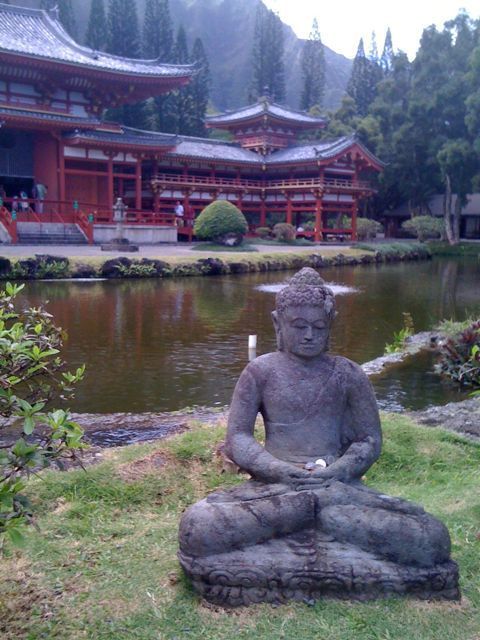 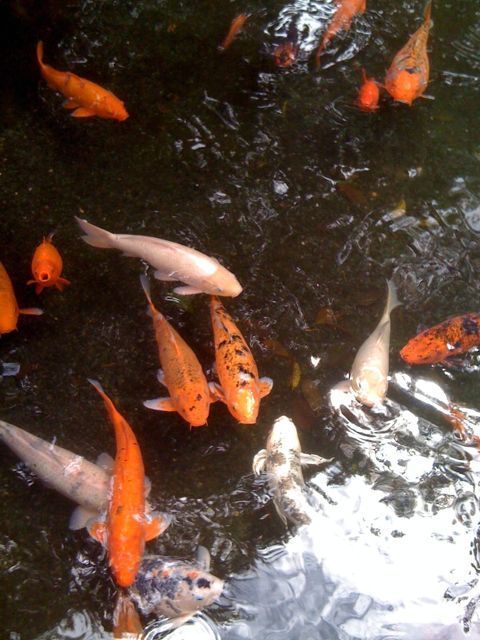 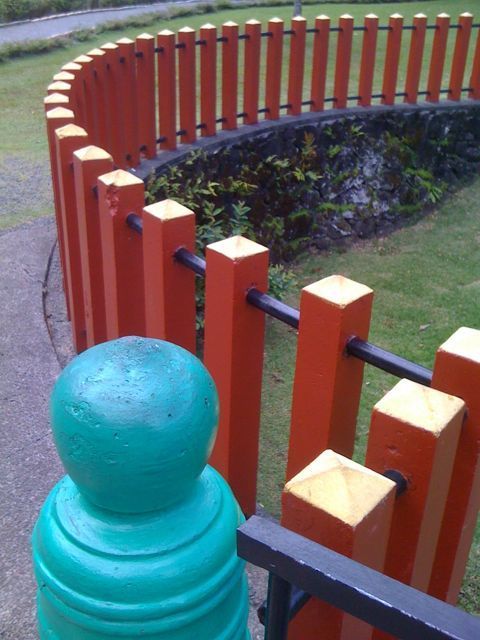 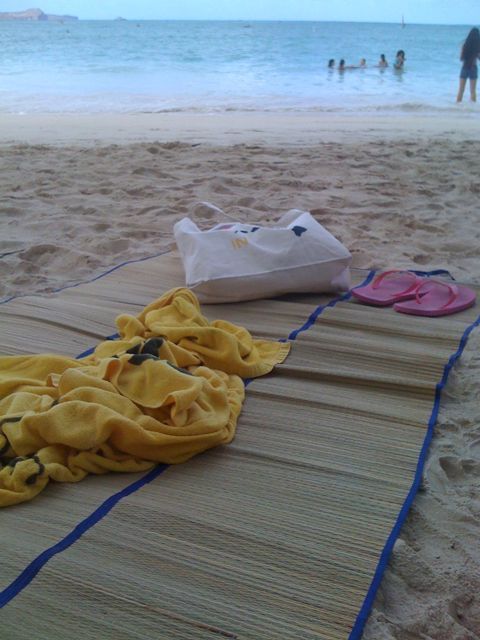 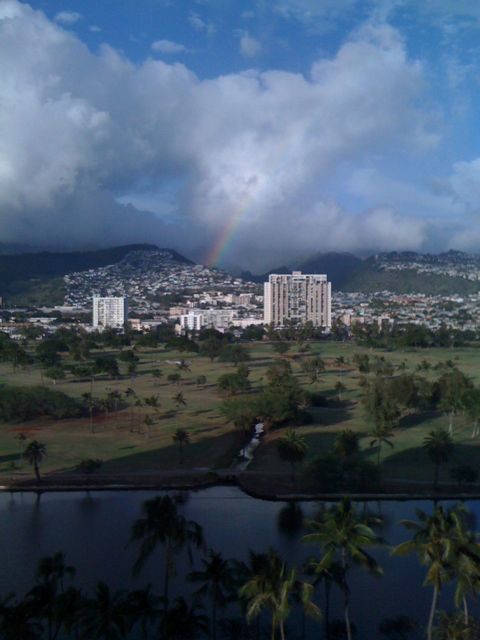