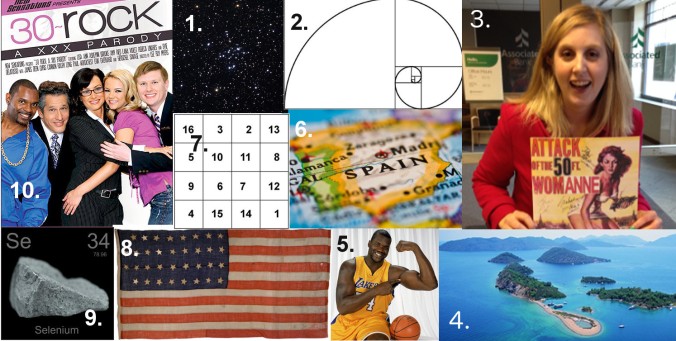 It comes but once a year and I know you’ve all been missing your Anne-ual puzzle! What do all of these things have in common?

You’ll get the answer in a week! 😉

…or you’re all going to kick me because it was an oh-so-lame puzzle, but here’s the answer to your annual puzzle!

Hmm, am I forgetting something? Oh, yeah! MEEEEEEEEEEEE!

So…what do the following all have in common as of this morning?

Hint: Don’t think too hard about it. This is a much more general puzzle than the previous two (and I’ll be honest, I’m reaching on a couple of them). 😉